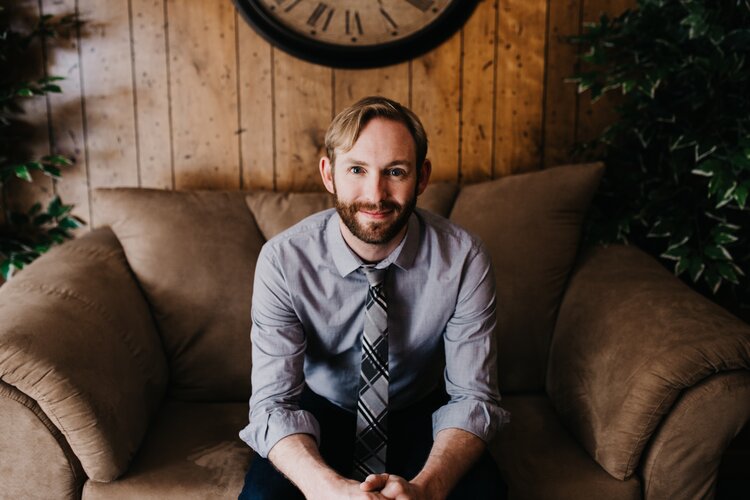 What Rudolph & His Red Nose Teaches Us About Mental Health

In his book Tribe: On Homecoming and Belonging, Sebastian Junger writes “Human beings do not mind hardship; in fact, they thrive on it. What they mind is not feeling necessary.” Junger’s claim came to mind a few days ago while watching the classic, claymation Rudolph, The Red-Nosed Reindeer. While a familiar tale (and song!), the details of the story teach us a great deal about how to gain a sense of belonging through being necessary.

It’s a fun story, and one we all love and accept, despite ridiculously strange plot devices. Reindeer can fly? Rudolph has a nose that lights up and whistles? Abominable Snowmen will eat reindeer (and also pigs?), but not dogs, prospectors, or elves? A winged lion is the king of an island full of unwanted toys? After his exile, Rudolph decides to go to the scariest place imaginable to look for his lost family?

Whenever we accept stories full of absurdity and non-objective truths, it’s usually a good assumption that the story tells us something even more important and deeply true about the nature of life. Rudolph teaches us that belonging is not fundamentally rooted in uniformity, but in usefulness to the community.

Early in the movie, all the characters see uniformity as the means of belonging. Rudolph’s nose isn’t uniform, so the solution is to either cover it up to look the same as everyone else or to withdraw from the community altogether (which he chooses to do).

Hermey the Elf’s professional interests aren’t uniform, so others try to shame and bully him into uniformity. He responds by neglecting his toy-making by performing mock dental exams on dolls, which only burdens his fellow elves with more work. He also withdraws from the community, sensing his lack of belonging.

Yukon Cornelius prospects for— but never finds— gold and silver in a truly strange way (tasting the snow), making his trek through the arctic a hermitage. He never brings anything of value back to the community he came from, and his isolation reflects the fact.

The Abominable’s rage-filled and violent behavior is non-uniform, and, therefore, he is condemned to wander the wasteland alone, devoid of friends or companions. Interestingly, even when the monster has captured reindeer in his cave, he never eats them. Why? His only way to have others around him is to capture others through brute force and keeping them close.

As the story continues, we see the characters redeem themselves and gain a sense of belonging by using their non-uniformity to help the community flourish. Rudolph’s bright red nose helps the sleigh navigate through the storm. Hermey’s oral interests render The Abominable harmless, saving our hero, Rudolph. He also agrees to help his bully of an ex-boss with his teeth. Yukon’s quirky prospecting strategy is put to use when he discovers a peppermint mine at the end of the story: Finally, he can sense and mine something out of the ground that can be used by and for the community. Even The Abominable Snowman is included and welcomed into the community — not because he captures others through brute force, but because his non-uniform shape and size are precisely what is needed when it comes to putting a star on a tall tree.

Why is this so important for us to know?

In my clinical practice, I see clients who have the same mistaken view of belonging as the characters in the story. They insist they are “on the outs” with others because of non-uniformity. Couples split up because “we’re just so different.” Misfit children descend into pits of discouragement because “I’m the ugly duckling of the bunch.” College students develop depressive symptoms and disorders because they “can’t seem to find where to fit,” citing their differences of political opinion, sports team affiliation, religion, or personality as major contributing causes of difficulty.

I do the same. If I am different, I assume that I don’t belong with the group around me.

How do we try to solve this problem?

The trouble is none of these “solutions” actually solves the problem: a lack of belonging. Faking uniformity only leaves an annoying thought in the back of our mind: “Do I belong, or the fake version of me?” Inauthenticity produces feelings of shame: “If they only knew who I am in the dark, they would never want me around.” Belonging by force put us at odds with others, and our faux-connections are unstable. Building uniformity out of non-uniformity predictably ends in chaos as misfit groups splinter: “You don’t fit, but you’re not as much of a misfit as much we are!” Social withdrawal provides us an escape from rejection but keeps us from the sense of belonging we so desperately want.

Alfred Adler observed that clients don’t come to therapists with their problems but rather with the ineffective solutions to life’s problems. Your non-uniformity can be a problem life presents to you. But, you don’t have to solve the problem the way you always have. You can learn from an old holiday claymation classic and put your non-uniformity to use for others.

Free yourself of the idea to belong is to be uniform. Strive to put your unique— or even quirky!— traits to use for the community. I can say with confidence that this is the real means to belonging with significance.