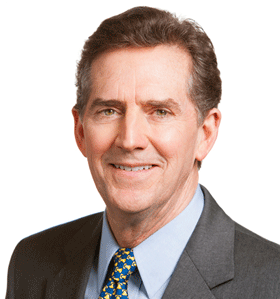 DeMint was born James “Jim” Warren DeMint on September 2, 1951, in Greenville, S.C. Raised by a single mother with his three siblings, he was taught the value of hard work and perseverance. He attended public schools in Greenville, graduating from Wade Hampton High School. He married his high school sweetheart, Debbie Henderson, in 1973. That same year, he received a Bachelor of Science degree in communications from the University of Tennessee. Additionally, he holds a master’s degree in business administration from Clemson University.

In 1983, after working ten years in the research, advertising, and marketing business, he started the DeMint Group, a Greenville-based marketing research and strategic planning business. In addition to his family, small business, and local Presbyterian church, he immersed himself in Greenville civic life, volunteering and leading numerous charitable organizations.

He ran the DeMint Group until 1998, when he was elected as a Republican to the first of three terms in the U.S. House of Representatives. DeMint kept his promise to serve only three two-year terms in the House. His reputation as one of Washington’s most principled conservative leaders grew after his election to the U.S. Senate in 2004, the 55th to serve from South Carolina.