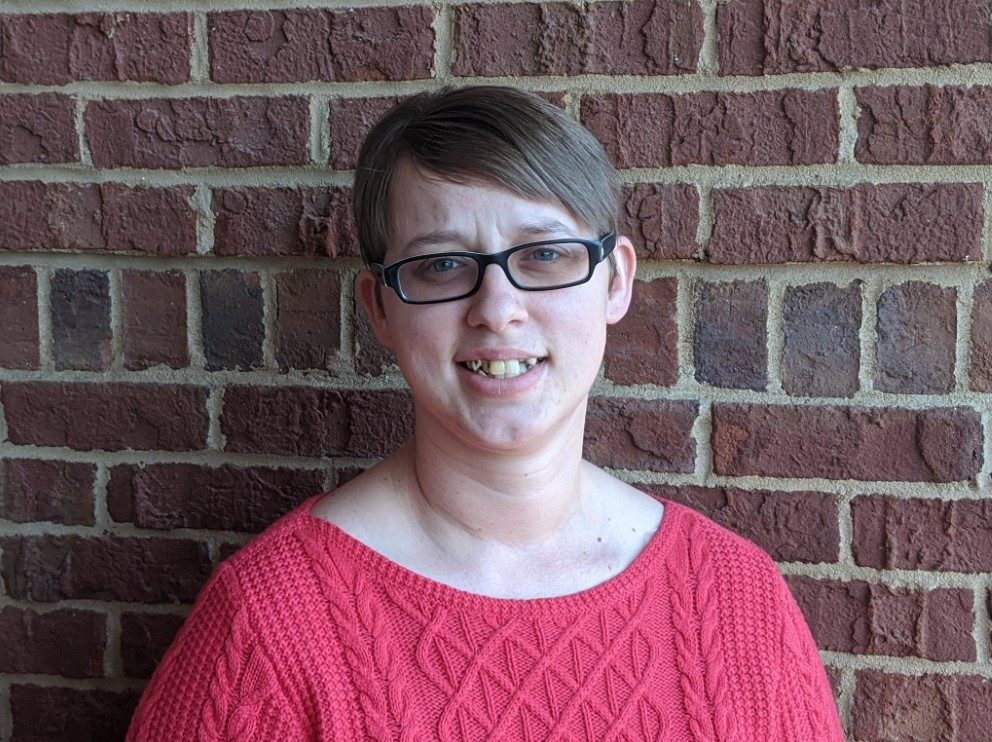 Elizabeth H. is from North Carolina. She spent seven years in the North Carolina Army National Guard. In her time in the Military, she went on two tours to Afghanistan and one tour to Iraq on active duty.

“I went to school after that.” Elizabeth continued. “I got my bachelor’s and turned around and got my Master’s.”

Elizabeth earned a Bachelor’s in criminal justice and a Master’s in forensic psychology.

A few years later, her husband kicked her out of the house, and they began the process of filing for a divorce. At the end of January, Elizabeth went to the Anderson VA to see what resources were available. She spoke with Kathleen Dority, who referred Elizabeth to Upstate Warrior Solution (UWS).

The UWS Anderson Warrior Advocate Thomas Wood called within a couple of hours and had Elizabeth meet him for lunch. Elizabeth expected Thomas would give her a list of resources. Instead, he said, “I have a job for you.”

“I filled out the application that same day.” Elizabeth continued, “I ended up doing the interview process about a couple of weeks later.” “The same day I have the interview, I get the job offer.”

When Elizabeth came in to interview, she was offered a position in the UWS Fellowship Program as the Anderson County Fellow.

Our Upstate Warrior Solution team also took Elizabeth down to the furniture storage unit. She was able to get the furniture to help her get started at her apartment.

“[Upstate Warrior Solution] helped me get an apartment to get me out of the ex’s house,” Elizabeth said.

We are so glad Elizabeth joined our team and are excited to see what she accomplishes next.