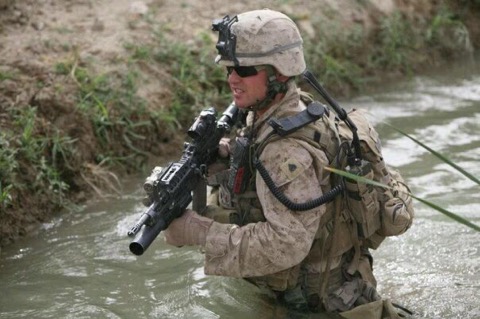 Matthew (Matt) is a 33-year-old single father, currently living in Six Mile, South Carolina. Originally from Wasilla, Alaska, at the age of 18, Matt joined the United States Marine Corps to fulfill a life-long dream of becoming one of The Few, The Proud. He spent 10.5 years between 2003-2014 on active duty as an 0311, Infantry Rifleman. During that time, he served with the 1st Fleet Anti-terrorism Security Team (FAST) Company, 3rd Battalion 1st Marines, and 2nd Marine Expeditionary Force, units with whom he deployed to Iraq and Afghanistan with. When he was stateside, he got to call Camp Pendleton in California, Camp Lejeune in North Carolina, and Norfolk, Virginia home for various periods of time.

In 2014, Matt found himself administratively separated from his lifelong dream due to service limitations. Wanting out of Camp Lejeune as fast as possible, he moved to Six Mile, SC where he resides now, seeking its natural outdoor beauty, low population, and closer proximity to his son. Once there, Matt found himself in a state of mental, emotional, and physical confusion he wasn’t taught how to deal with in SEPS and TAPS, the transition program for all marines preparing to leave the Corps. He tried his hardest, adjusting to this new life and environment, but after more than 10 years in the same job and routine, this transition was much harder than expected.

It wasn’t until Matt was arrested sometime later when his Veterans Affairs Case Worker recommended him to Upstate Warrior Solution (UWS), and he started to feel like life outside Boots and Utes was possible. UWS helped him to begin outpatient care for his internal battles and got him registered in the VA Health System as he had no healthcare since separation. He became active in his community and has found purpose in his personal life and life as a hole that was long gone before UWS. He’s more aware of others and their perspectives of the world. He uses the techniques he learned in outpatient care and the stories of others to adapt to situations and understand the viewpoint of another party, which was something he could not have done in his previous mindset.

Without UWS, Matt could have never found his purpose or gotten connected to a group of Marines and other veterans who once struggled just like he did. Transitions out of the military are harder than they are portrayed on the outside. Veterans often lose their sense of purpose, understanding, and functionality in the civilian world due to the significant difference between the military atmosphere and the regular population.

Matt said if veterans and their families could learn anything from his story it would be “to avoid isolation because you cut off support.” He continued, “Your issues exacerbate, and your resources and self-awareness decrease, rapidly.” When you find community, you increase your self-awareness in all areas because everywhere you go, you have other people just like in the military. Just like your battle buddy, your connections in the civilian world are a double-edged support system. Perspective is changed for the better when you have the appropriate resources and help. The way you see the world and interact is changed for the better, and you see things the same as other people. Negative perspective can cause damage if you’re not putting a shoe on the other foot. By seeing other perspectives, you allow yourself to come to terms with your story and begin talking about concepts that were once taboo. Most importantly, you rebuild strong communication with your friends and family.

Matt is just one of the many veterans whom Upstate Warrior Solution helps adjust and adapt successfully into the civilian world no matter the length of time in service or discharge status. Since regaining his identity, Matt enjoys outdoor activities, reading, and listening to Bluegrass music. He says his son is the reason he is still here today, and he says that with his whole heart and soul. 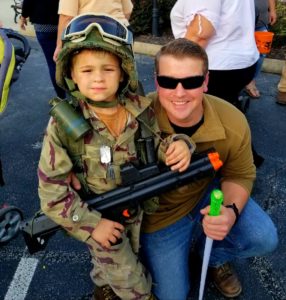