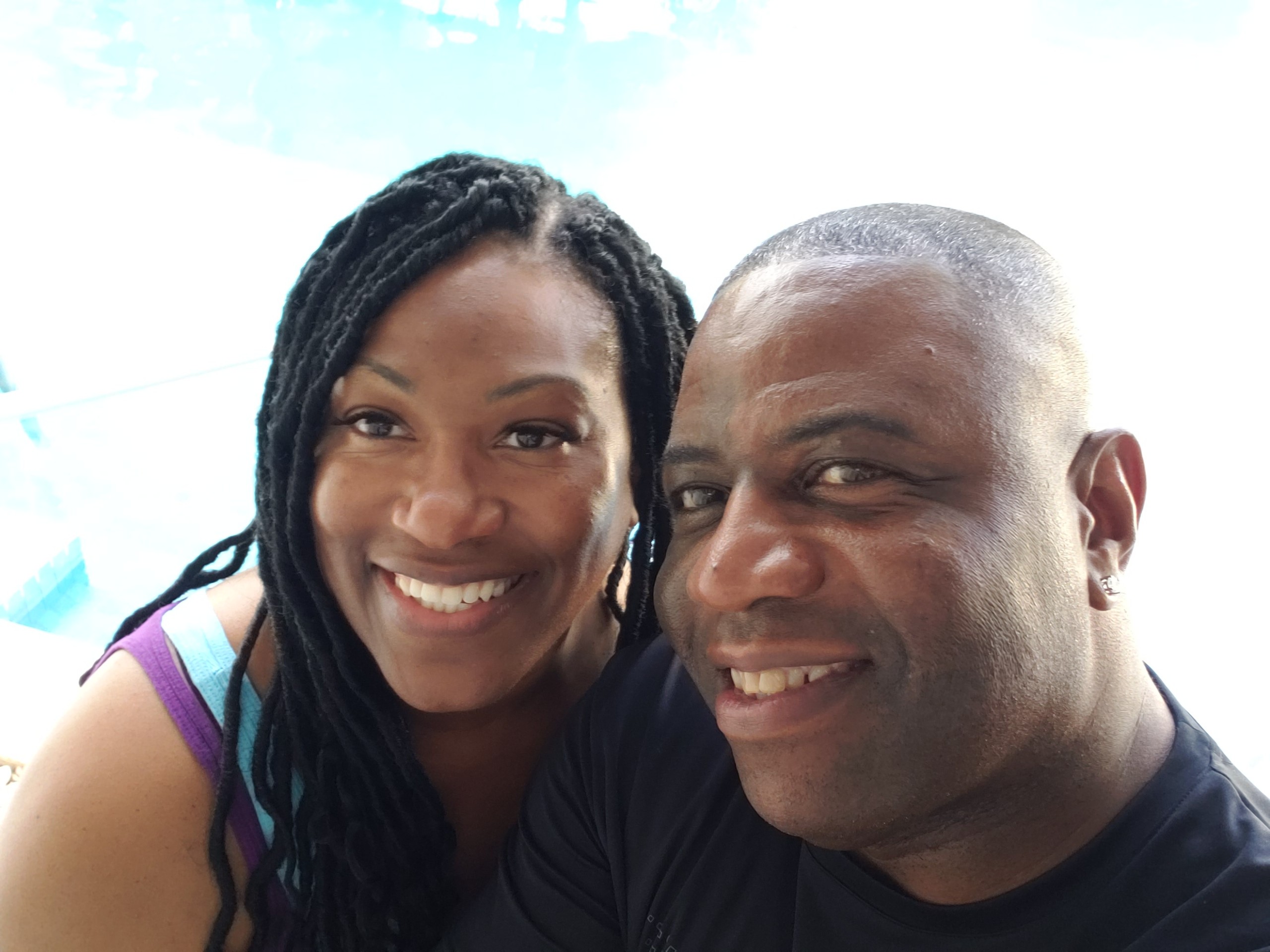 Veterans Darryl and Taneka Dent Davis both served in the Air Force. Darryl served from 1981-2002, deployed to combat, and retired as a master sergeant. Taneka, his wife, joined in 1991 and worked with the Air Life Crew Support as a personnel specialist. She also saw combat and was discharged in 2005 as a staff sergeant.

“I spent 21 years in the Air Force,” said Darryl, recalling his military experience. He was a firefighter for the first 12 years then retrained in human resources for the remainder of his career.

“Being in personnel in the Military, my job was to know policies and procedures, agency locations, basically being able to direct people to the right locations, depending on what their needs were,” said Taneka.

They both said they enjoyed how their Military experience gave them the opportunity to travel around the world. Darryl met all types of people, and as someone passionate about learning and the pursuit of knowledge, Darryl enjoyed the training and all the benefits that went along with it. “It was a wonderful experience for me.”

During Darryl’s last seven years in the military, he started selling cars. This side job laid the groundwork for his post-service career.

“I used the training I had in the military as far as human resources,” said Darryl, explaining how his Military experience prepared him for the customer service side of sales. He also used his training as a firefighter to help him deal with adverse situations. “A lot of times what we think of as an emergency is just another situation that can be resolved easily,” Darryl said.

Overall, Darryl said his military transition was seamless and smooth. Because he had already been doing the work he wanted to do for seven years, he said he already felt like a civilian when he transitioned. “I took off a uniform and put on a shirt and tie,” said Darryl.

Being a single mother when she was getting out of the Military, Taneka’s transition was not as smooth. She lived with her family until she could figure things out on her own. She and Darryl began dating 12 years later.

Taneka connected with Upstate Warrior Solution’s Family Services Advocate Virginia Barnes in 2019 while she attended Sherman College of Chiropractic. Taneka received the initial intake form from one of her advisors at school and later met with Virginia to discuss what her needs were. With Taneka’s encouragement, Darryl did the same.

“I knew I wanted to get in contact with an organization that supported veterans,” said Taneka. “If the time came and I had a need, I would know who to reach out to.”

When the COVID-19 pandemic hit in March 2020, Darryl was furloughed from his job for two months and had to seek new employment. It became a difficult financial situation because Taneka was unemployed and supposed to start a new college program, which kept getting pushed back. Their savings were dwindling quickly. The silver lining came when Taneka remembered they connected to UWS and reached out to Virginia.

“That’s when UWS really came through for us and was able to get us the resources we needed so we could figure out another month,” said Taneka, reflecting on the past couple of months. “[Darryl] was able to interview and get a new job, so it’s been a blessing for that.”

Because of our partnership with the Premier Foundation, UWS was able to help Darryl and Taneka pay a month’s worth of their largest bill, their mortgage, through the COVID-19 Relief Fund. This helped hold them over until Darryl was able to find a new job at a local car dealership.

Reflecting back on our Family Services Advocate’s assistance, Taneka said, “As long as I stated what my needs were and provided proper documentation and application, my needs were met in an exceptional manner. My husband and I are forever grateful!”

Darryl said, “I just appreciate Upstate Warrior Solution and what they do for veterans, especially Virginia, and what she did for us. I think it’s fantastic.”

Our Family Services Advocate said both service members are a pleasure to work with.