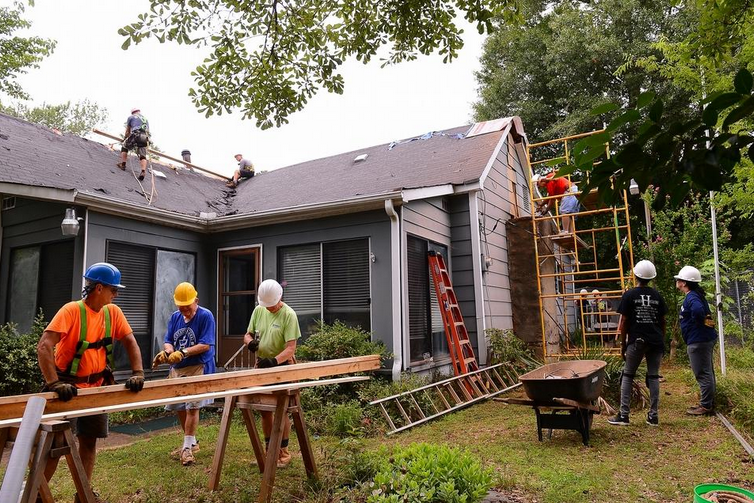 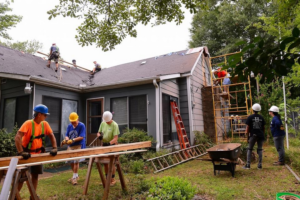 Between the dates of Tuesday, July 23 and Saturday, July 27, Upstate Warrior Solution (UWS), along with AFL Corporation, assisted Habitat Spartanburg with their Critical Home Repair program, which helps veterans and other homeowners who need exterior repairs and wheelchair ramps. Specifically, UWS assisted them with five critical repair projects in the Vietnam-era Army Veteran Charles Davis Jr.’s East Main Street Extension home. Both Habitat Spartanburg and UWS assembled a team of volunteers to help out with the projects. 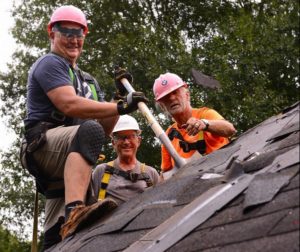 The house was constructed in the early 1900s. However, the veteran’s family had owned the house since 1954. In the past nine years, the veteran did not have home owner’s insurance as well as had a leaking roof of several years along with a crumbling chimney. 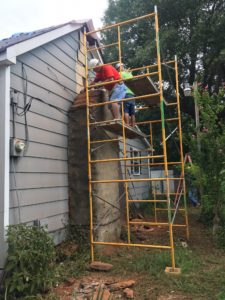 The five repair projects included roof tear off and chimney removal; roof tear off and chimney cap; sliding, boxing, and roofing repair; sliding and caulking; and painting and clean up. By the end of the day on Saturday, thanks to all of the dedicated volunteers, all of the repairs were made. Because of the repairs, the veteran’s roof no longer leaks! Additionally, it was the first time the had new shingles in three decades. 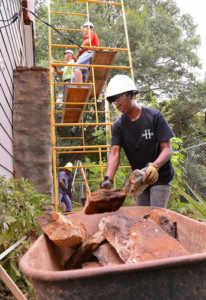 According to an article by GoUpstate.com, the veteran tried to get a loan at the bank to do all of the repairs, but he was not able to go through with it. Now that the repairs are made, he hopes to receive homeowner’s insurance. 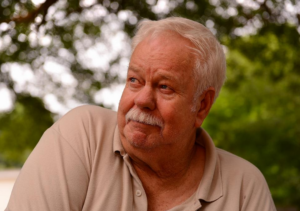 According to the same article, the veteran was drafted and served along the demilitarized zone, separating North and South Korea in the late 1960s. He described the climate and landscape as unwelcoming as it was close to an armed conflict. 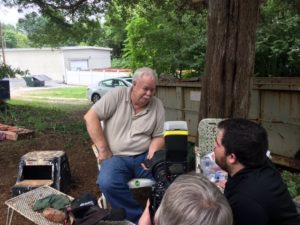