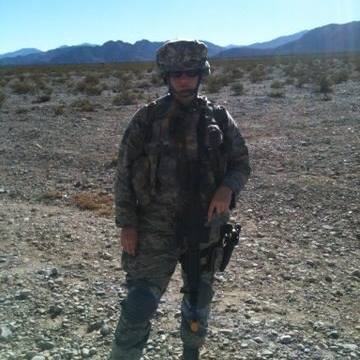 The Prisma Health-Upstate Director of Military and Government Liaison Office Kevin McBride and Upstate Warrior Solution Prisma Health Fellow Lindsay E. are coordinating with the South Carolina Army National Guard as well as Active Duty Army and Air Force. Combined, they are in the planning stages of contingency for disaster response moving forward.

Prisma Health-Upstate has had an Incident Command since the COVID-19 pandemic was declared. Because of this command, Lindsay and Kevin communicate regularly with the Army National Guard, the Active Duty Army, and Active Duty Air Force and assist them out when necessary. For example, if the military organizations need any PPE, or personal protective equipment, they coordinate efforts to obtain this for them.

After lots of back and forth communication, Kevin, Lindsay, and representatives from the South Carolina Army National Guard, Active Duty Army, and Active Duty Air Force had a Skype meeting last week. In the meeting, they met with Brigadier General Place, who is the Commanding General of Regional Health Command Atlantic. The meeting was to see how the Army was faring and how Prisma could assist.

Lindsay said that Brigadier General Place was really interested in what Prisma Health can do and how they can help the Army Medical Department, specifically at Fort Jackson.

“Yesterday, I had a call with the main point of contact for the medical group at Fort Jackson.” Lindsay continued. “This briefing we had … made it all the way up to the Army Chief of Staff, which is very humbling.”

That is why Fort Jackson, along with the South Carolina Army National Guard and Active Duty Air Force, are communicating with Lindsay and Kevin. Together, they are planning what the disaster response would look like if a disaster like this happens again, or for any disaster that may occur nationally or within the state.

Lindsay said it helps to have her expertise from the military, combining with Kevin’s. Lindsay was enlisted in the U.S. Air Force Security Forces with 10 years of active duty pre- and post-9/11. She completed her 20-year career with the Air National Guard Security Forces. 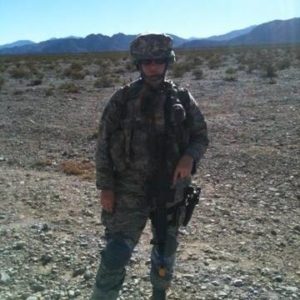 Kevin is also a veteran, who served 23 years in the U.S. Marine Corps Active Duty and Reserve, retiring as a Gunnery Sergeant in 2008. 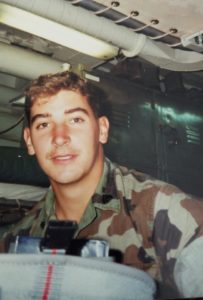 Thank you for all your hard work. We salute you all!