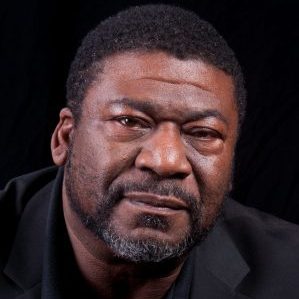 Dr. Raymond Christian, a resident of Boone, NC for sixteen years,  has been chosen as a Fulbright Scholar as an expert in education and storytelling narrative, a prestigious and highly competitive award, gifted by the U.S. Department of State’s Bureau of Educational and Cultural Affairs. Chosen specialists serve three-year appointments as expert consultants on research, curriculum, faculty development, and related subjects in over 140 countries around the world.

Dr. Christian began his life in the urban slums of Richmond, VA and escaped through the U.S. Army at the age of 17, serving as an infantryman and paratrooper for twenty years. After retiring, Dr. Christian went back to school and earned a BS in Liberal Arts, an MA in public history, and an EdS/EdD in Education Leaderships, researching the relationship between parental behavior and African American academic success. He then moved to Boone, NC in 2004 and worked as an adjunct professor at Appalachian State University in the departments of history and general education teaching, among other courses, “The Souls of Black Folks: An Examination of African  American Social Culture” and “Storytelling: Life in the Narrative.”

Dr. Christian began his storytelling career in Boone and has gone on to have record-breaking success in the industry:

Dr. Christian says, “Because my cultural heritage is steeped in a strong value for oral traditions and storytelling, I am deeply interested in the preservation of oral traditions while embracing new applications in education, cross-cultural and global context.”

Dr. Christian believes his combined academic training and professional experience have given him unique expertise in the use of personal narrative and storytelling as a pedagogical tool, a research method, a method of cultural transmission, a historical artifact, and a method of global cultural engagement. He hopes to use his expertise to teach faculty and students at institutions abroad about narrative as a tool both in qualitative research and as a tool to enhance global cultural understanding.

Dr. Christian currently lives in Boone, NC, where he produces his own podcast “What’s Ray Saying” and he uses history, storytelling, and social commentary to explore the Black experience in America.