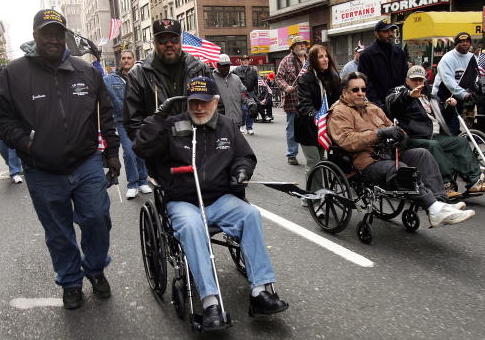 “I would like to highly commend Upstate Warrior Solution and, in particular, Lindsay E., Sara McAvoy, and Janice Oliver,” veteran Jerry B. wrote in a letter to Senator Lindsey Graham recognizing our Prisma Health Fellow, Social Work Intern, and Greenville Warrior Advocate, respectively.

Jerry B. wrote Senator Graham to make him aware of the care he received from Upstate Warrior Solution (UWS) and the Senator’s office.

Jerry B. served two years of active duty in the Vietnam War. He has an Honorable Discharge and lives in Greenville County now.

At the beginning of this year, Jerry broke his femur bone and went to Prisma Health. Because of his veteran status and the partnership our UWS team has with Prisma Health, Prisma Health referred him to us.

Our UWS team contacted him in early February. After we got all the initial information, we started to assist him.

“Both Lindsay E. and Sara McAvoy came the very next morning to visit me in [pouring] rain and offered their assistance,” Jerry said.

Jerry went on to say, “Janice Oliver championed my care with the local VA Clinic,” He continued, “It is because of this swift action and persistence in obtaining the assistance of a home health aid without whose help I would have found it impossible to deal with a very difficult broken femur bone recovery.”

Due to the Xrays that showed slower than expected bone growth, Jerry is still in a wheelchair because of his broken femur. He will be in a wheelchair for four to five more weeks.

Speaking of the assistance he received, he said, “Upstate Warrior Solution demonstrated the American Spirit that caused Vietnam and all other Era War Veterans to risk our lives for the America we believed in.”

Jerry went on to thank the Senator, saying, “Thank you, Senator, for the job you are doing in defending the values we believe in along with Paul Howell, whose many actions on my behalf were exemplary.” He continued, “May the Lord bless you all and remember you in these troubling times.”