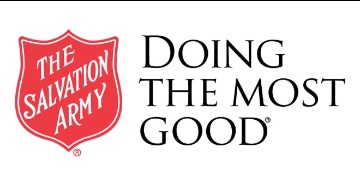 A native of Charlotte, NC, Robert moved to the Upstate of South Carolina in 1964. Four years later, he enlisted in the United States Marine Corps in August of 1968. He started Active Duty service in November of that year then went to Parris Island, Camp Lejeune, and San Diego.

As a football enthusiast, he played when he could. His world was turned upside down when he dislocated his shoulder for the second time in service. The Military put him on medical discharge and would go on to give him a general discharge under honorable conditions.

Last month, a Spartanburg police officer saw him walking around, looking for someone to help him. The officer reached out to the UWS Spartanburg team and had our Warrior Advocate Lauren O’Dell come down to meet him.

From there, Lauren assisted him with applying to get his social security benefits started. Then, she partnered with the Salvation Army of Spartanburg to provide him clothes as well as groceries and insulin needles. After that, she partnered with the VA, specifically Sara Morrell, to get him enrolled in VA Healthcare. Lauren was also able to get him housing for and transportation to the GPD House.

“She brought me out of the place I was and brought me down here,” Robert said. “Now, I’m working on getting my VA healthcare.”

The GPD House is funded by the Department of Veterans Affairs’ (VA) Homeless Providers Grant and Per Diem (GPD) Program. The GPD Program is offered annually or as funding permits by the VA to fund community agencies providing services to homeless veterans. The GPD House in Greenville is run by the Alston Wilkes Society and provides transitional housing to veterans until they find permanent housing.

Thanks to the collaborative effort of government and community organizations wrapping their arms around Robert, his needs are being met and he is progressing toward a more stable future.