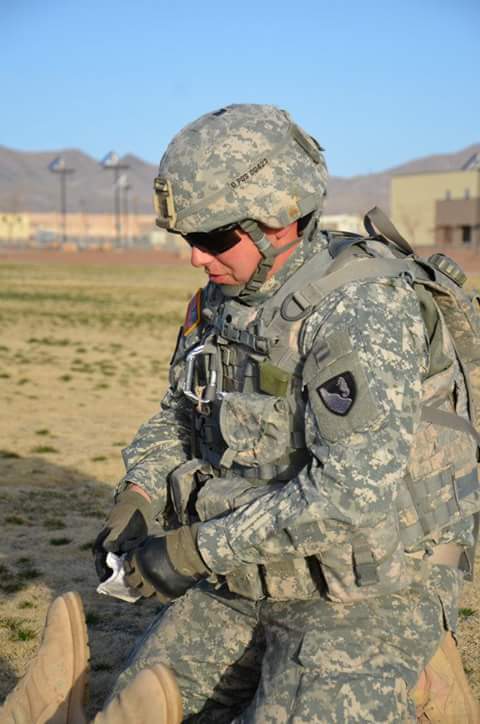 Today’s Warrior Wednesday was born and raised in Upstate South Carolina, specifically Anderson County. Jeremy joined the U.S. Army in 2010 as a combat engineer.
Prior to his military career, Jeremy worked at Meddle Medshore Ambulance Service as the Director of Maintenance from 2000 until 2010. He was a member of the technical rescue team and a first responder. He was also a certified A.S.E. master automobile tech, service consultant, and parts specialist.
Jeremy said, “I joined the army in 2010 as a combat engineer. As a combat engineer, I achieved the rank of sergeant, deployed twice to Afghanistan in support of OEF, and earned a bachelor’s degree in criminal justice. In 2014, I became a counterintelligence special agent, earned an associate’s degree in the applied science of intelligence operations, and served 1 year in Korea. In 2016, I retired from the United States Army.”
Currently, he enjoys chainsaw carving, fishing, in working in the mechanical field. He is married to his wife, Leah, and they have three children and are awaiting their next adventure