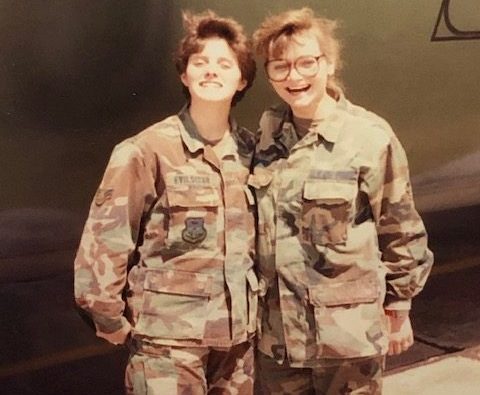 Today’s Warrior Wednesday is Josie Stewart. Josie served in the United States Air Force in both active duty and reserve capacities for 21 years.  Her career began when she enlisted as an Imagery Production Specialist and deployed to Panama in support of Operation Just Cause. She changed careers to be the Unit Historian where she helped the accession of the Air Force documents from the Gulf War.

After graduating from Troy University, she received her Air Force commission and was assigned to Eglin AFB as a Public Affairs Officer. “I loved my job because no two days were the same”, said Josie.  “We would escort the local and national media during Thunderbird Airshows, interviewed people and wrote stories for the base paper, and send out press and media releases about base events and personnel.  Believe it or not, we also had to answer and reply to noise complaints.  To me, that wasn’t noise, that was the sound of freedom.”  Josie retired from the USAF in November 2008.

Josie moved to Greenville in 1999 where she has worked in the banking and financial industry in conjunction with her reserve duties and raising her family. 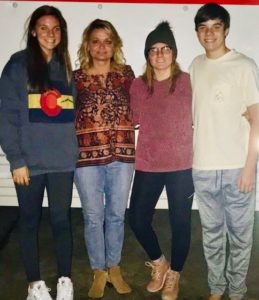 “One thing that has stuck with me from my military time is that everyone I was stationed is from somewhere else.  We only had ourselves and each other. We learned to trust our teams and co-workers.  Some of my deepest and truest friends were made in the military”, said Josie. “To this day, I am still friends with several people I served within the military.”

She learned what true friendship is in the military. “If I need help, I could call them today, and they would help me.  Also, if someone crosses your mind, reach out to them because you may never have the opportunity again. Life is too short for regrets.”

Josie’s time is spent making sure her kids are happy, successful, and grow to be responsible adults.  She has a daughter who graduated from Clemson University in May 2020 as well as two teenagers in high school.  Her goal is to become more active in the veteran community in terms of volunteering and helping those who are less fortunate.

Know a warrior like Robyn whom you think we should feature? Nominate them! 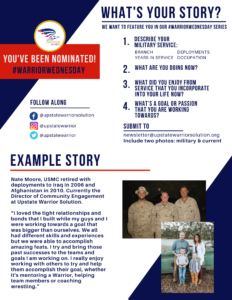 To feature them, we need a description of their military service as well as to know what they are doing now, what they enjoyed from service they incorporate into their life today, and what is one goal or passion they are working towards. The information can be sent to newsletter@upstatewarriorsolution.org along with the warrior’s name and how they can be contacted.